as well as a magnetic field

experiences a force, given by


Magnetic field induction due to a current element

Unit: T (tesla)
(a) Magnetic induction at the center of a circular coil of radius R carrying a current I is

, where N is the number of turns in the coil

where N is the number of turns, R is the radius and x is the distance of point from the center of the coil.


Force On A Current Carrying Conductor In A Magnetic Field


The force F on a straight conductor carrying a current placed in a magnetic field of induction, B is

where θ is the angle between dI and B
(a) A straight conductor of length L1 placed at right angle to B experiences a force,

(b) The magnetic field is due to a parallel conductor L2 carrying a current I2 placed at a distance r from the first conductor,

The force is attractive if the currents are in the same direction, and repulsive if they are in opposite directions

(b) Current loop
A current loop of area of cross-section A, and number of turns N, carrying a current I is equivalent to a magnetic dipole of magnetic moment μm where
(i) μm = NIA
(ii) magnetic potential energy

Motion Of A Change Particle In Magnetic Field


If a charged particle is projected with velocity v at an angle θ with the magnetic field B, then it follows a helical path of radius r, its time period is T and the pitch of the helix is p
(a)

where c is the torisional couple per unit twist, N is the number of turns in the coil and A is the area of cross-section of the coil, and θ is the deflection in radians.

where μm is permeability of the medium
Thus,

where TC is Curie temperature 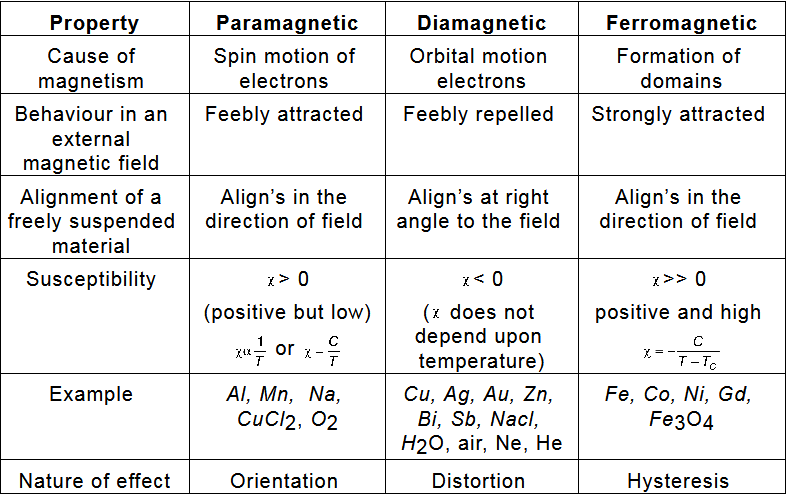