is replaced by an amino group. Amino acids are obtained by hydrolysis of proteins. The amino acids can be represented by

About twenty five amino acids are obtained from proteins, of which about ten are essential, i.e. a deficiency in any one prevents growth in young animals and may even cause death. Simplest amino acids are

Amino acids are linked together by peptide linkages.

Illustration 39. Explain why does glycine exist as a Zwitter ion but anthranilic acid does not.

Solution: The ⎯COOH group of glycine releases H+ ion which is accepted by ⎯NH2 group. Thus glycine exists as a zwitter ion.

However, the electron withdrawing nature of ⎯COOH group reduces electron density on N in anthranilic acid. Thus nitrogen atom of amino group fails to accepts the proton released by the ⎯COOH group. That is why anthranilic acid does not exist as zwitter ion.

Methods of preparation of amino acids: 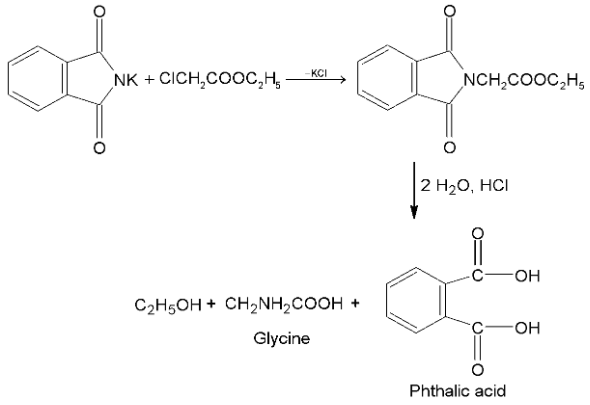 keto acid on treatment with NH3 forms an imine which on catalytic reduction gives amino acid.

Some of the reactions given by amino acids are as follows: 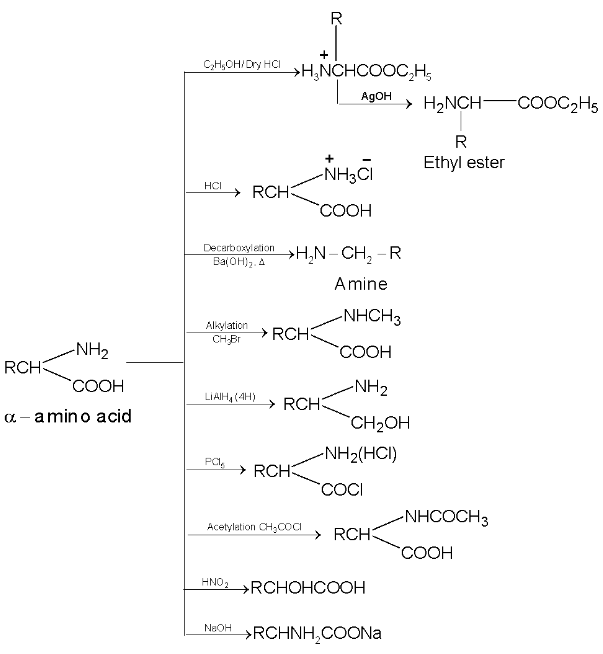