It was discovered by Dicker and Tio (1959) in Tobacco leaves. Subsequently, photorespiration was found to be universal in C3 plants. It involves three cell organelles - chloroplasts, peroxisomes and mitochondria. The various evidences in support of occurrence of photorespiration are 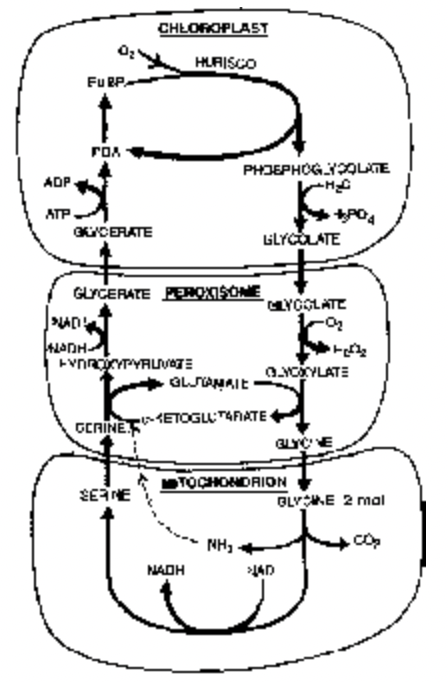 RUBP carboxylase functions as RUBP oxygenase with the decrease in CO2 : O2 ratio

Photo respiration does not give any energy or reducing power.  It consumes energy.  So it is a wasteful process, especially in C3 plants but negligible or absent in C4 plants.

Photo respiration also increases with temperature and age of the leaf.

Glycine and serine are two amino acids formed in photorespiration or C2 cycle.

Kortschak, Hartt and Burr (1965) reported that rapidly photosynthesizing sugarcane leaves produced a 4-C compound like aspartic acid and malic acid as a result of CO2-fixation.  This was later supported by M.D. Hatch and C.R. Slack (1966) and they reported that a 4-C compound oxaloacetic acid (OAA) is the first product in CO2 reduction process.

This led to an alternative pathway of CO2 fixation, which is known as Hatch and Slack’s cycle or C4 cycle (as 4-C compound is first stable product).

This pathway was first reported in members of family Gramineae (grasses) like sugarcane, maize, sorghum, etc., (Tropical grasses) but later on in other sub-tropical plants also like Atriplex and Amaranthus. 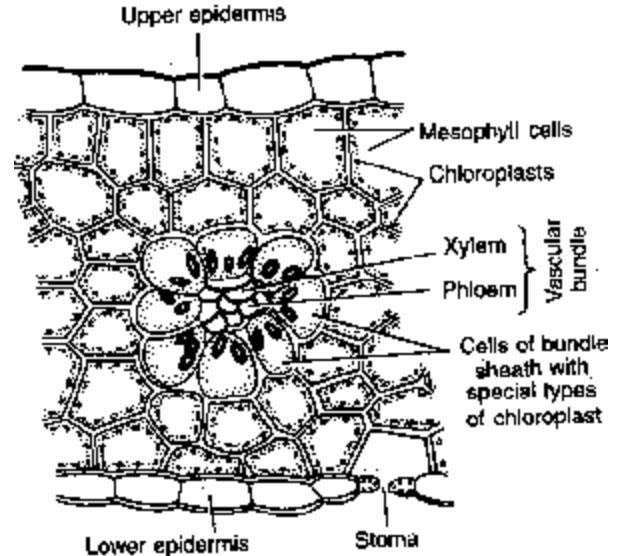 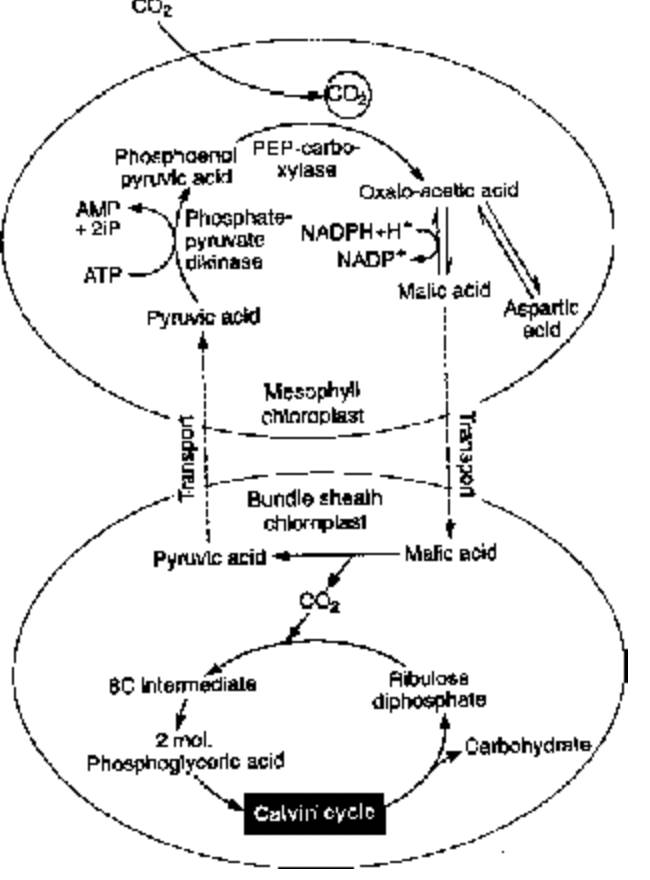 In C4 plants, for formation of one mole of hexose (glucose), 30 ATP and 12 NADPH2 are required.

This C4 cycle is helpful to plants growing in dense tropical forests, where there is poor supply of CO2.  Because here there is internal supply of CO2, so these plants can survive in poor CO2 conditions.  Photorespiration is negligible or absent in C4 plants and present only in C3 plants.