Square and square roots of Class 8 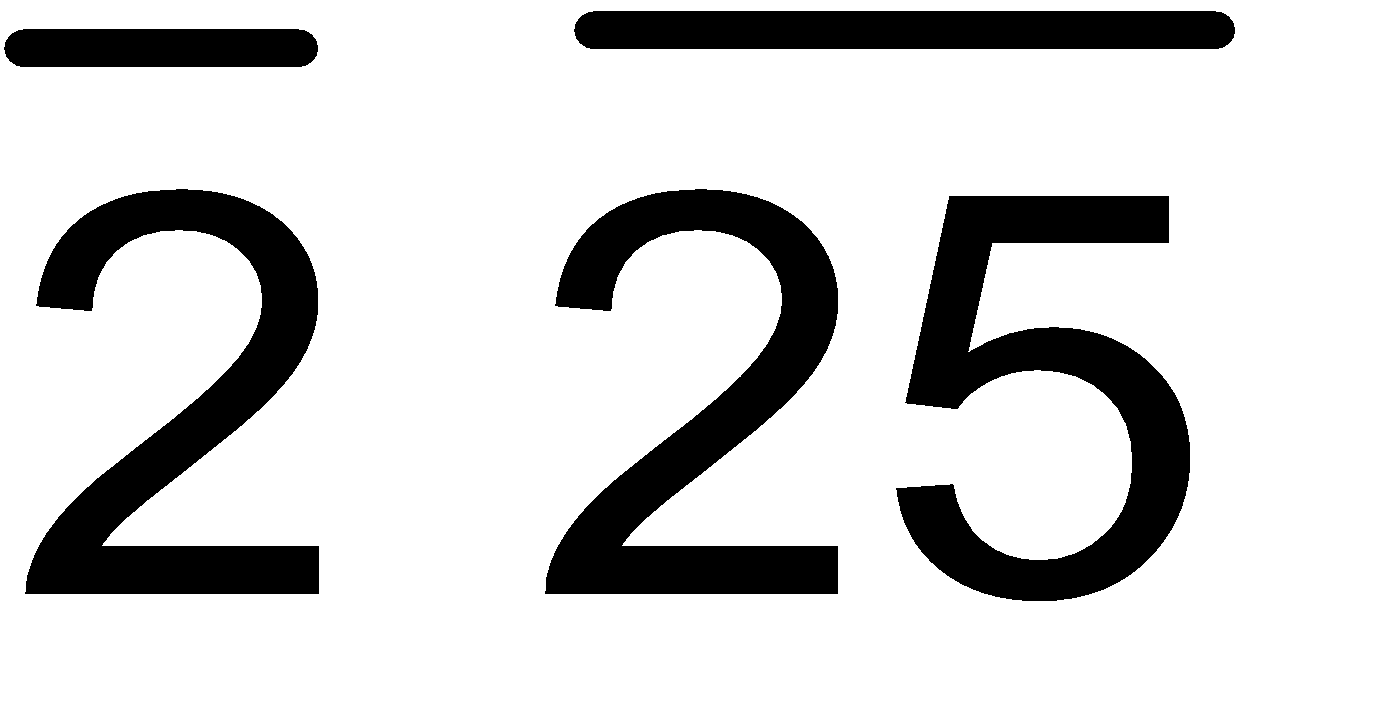 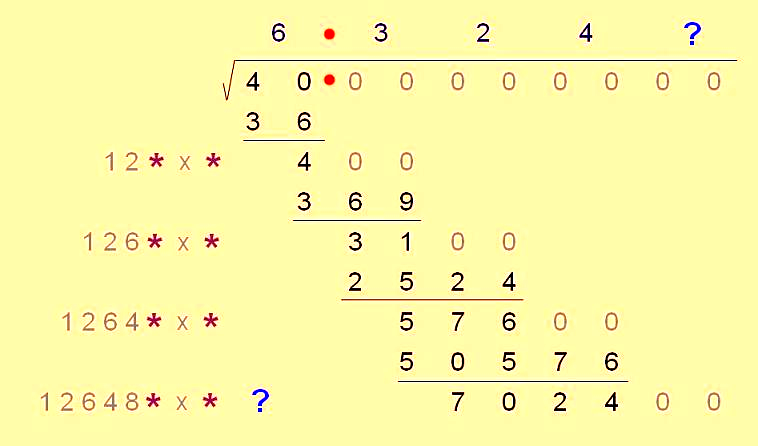 The answer is 6.324 . . . taking the method as far as three decimal places.
Notice the position of the decimal point and step away from there in both directions, two digits at a time. Each of those pairs will lead to one digit of the answer, and remember the zeros continue indefinitely.

Next take the 4 and 'bring down' the next pair of digits (00 as it happens) to make 400. We are trying to decide the second digit of our answer and we find it like this:

Use the 6 but double it (12) and make that ten times bigger (120). Now find 'something'- a single digit, so that one hundred and twenty 'something' times that same 'something' is as large as possible but less than the 400.

Subtract the 369 from the 400 (31) and 'bring down' the next pair of digits (so we are now aiming for 3100). The digits we have so far in the answer are 6 and 3. Double 63 and then make it ten times bigger (1260). Use the same technique as before: find one thousand two hundred and sixty 'something', times 'something', that gets as close as possible to 3100 without exceeding it.

Subtract to leave 576, bring down the next pair of digits, double the digits you already have, that's 632, which doubles to make 1264, now look for twelve thousand, six hundred and forty 'something' times 'something' to come as close as possible to 57,600 without exceeding it. That 'something' is 4 (check it), and so we continue until we have as many digits in our answer as we think we need.

The following table gives the values of square roots of all natural numbers from 1 to 99.